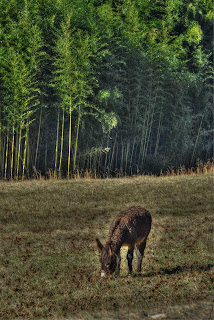 I first saw this particular donkey about 8 months ago. It was raining lightly and there was a slight fog. He was much closer to the stand of bamboo. Alas, I was unprepared to take a picture at that moment, though I have the image retained quite clearly in my memory. Since that day, I have carried my camera at the ready each time I have gone past this site in hopes of catching the picture of the donkey with the bamboo in the background. No less than twenty passings of this site and yet no glimpse of the donkey - until Christmas Eve-eve.

A car-load of people, my mom and dad included, all looked at me as though I was mad, as we stopped alongside of the road and called to the donkey trying to get him to look up. No luck on the looking up bit, however I did get several shots.
Posted by Ann Rodriguez at 9:10 AM No comments:

In a continuation of my Vivid series, here are three taken of or near the McGuire power plant (angles, balance, and stained glass). 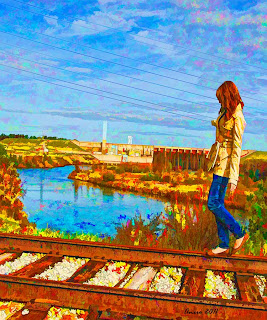 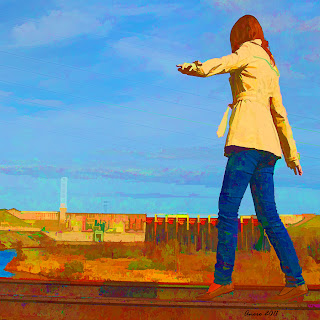 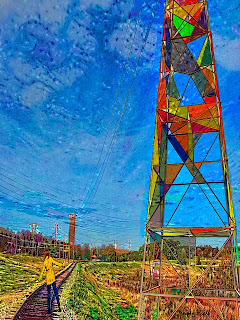 Posted by Ann Rodriguez at 4:04 PM No comments: 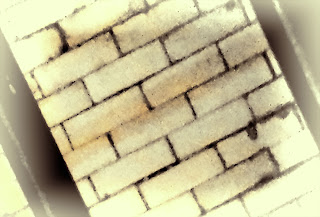 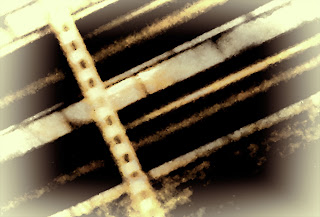 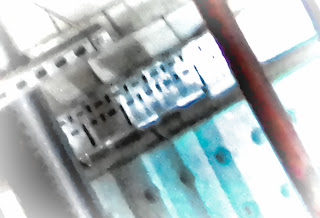 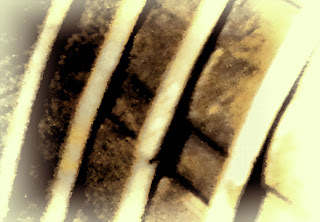 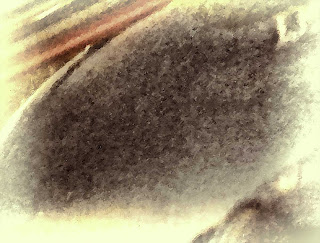 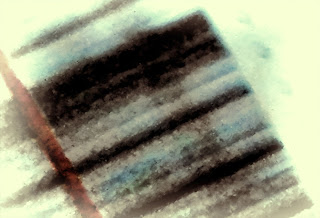 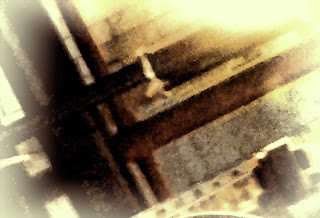 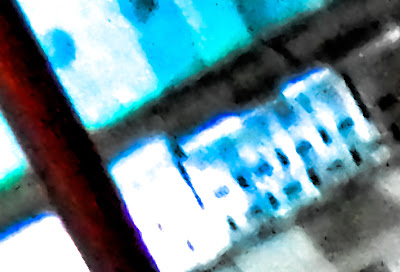 Strobed recollections of a factory - looking up - at the aged infrastructure; the soul of the building. The pipes arranged in abstract geometric patterns against the regimented backdrop of tile, concrete and wood. Rivets, hold steel panels in place, and chipped paint, allude to the texture of love, passion, and stories that were birthed within. Celebration.
Posted by Ann Rodriguez at 5:04 PM No comments: 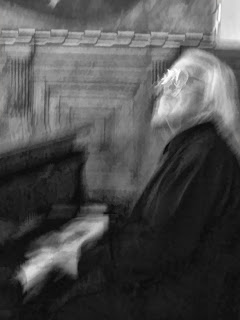 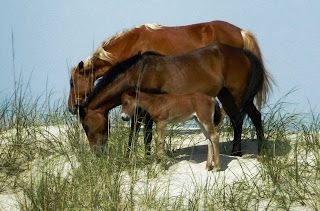 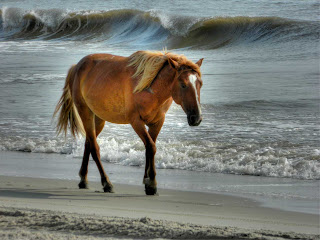 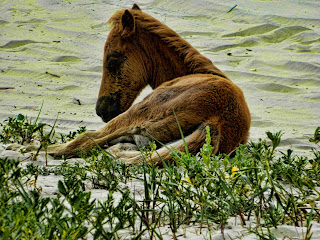 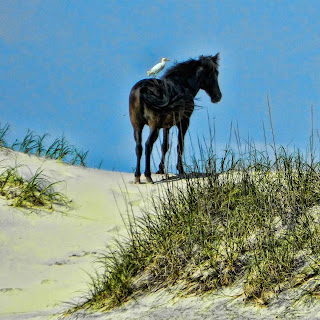 Ponies roam free on the Outer Banks of North Carolina. They have an affect of nonchalance supported by law that states they have the absolute right of way. From the surf and dunes to finding shade in carports, family units called harems, exhibit companionship, protectiveness and sometimes fierce loyalty.
Posted by Ann Rodriguez at 12:48 PM No comments: 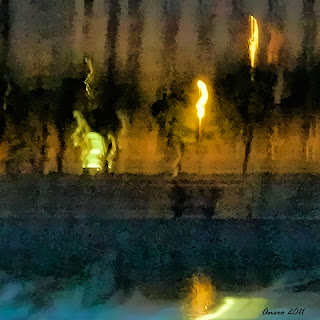 This is a painting inspired by an evening walk along the Danube in Pest. The Danube is enormous and majestic and in the twilight time, both sky colors and lights along the Buda side, dance in the water. This is my first take on the scene and I do suspect there will be more, as the power and magic of the image remain visible to me each time I close my eyes.
Posted by Ann Rodriguez at 8:37 AM No comments: 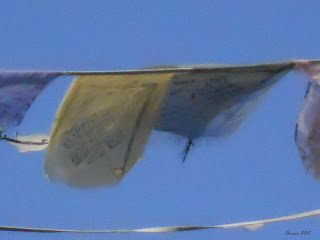 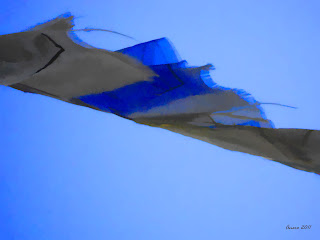 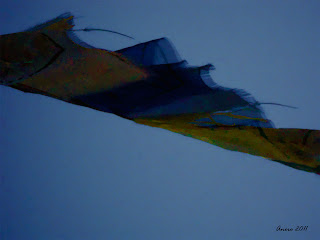 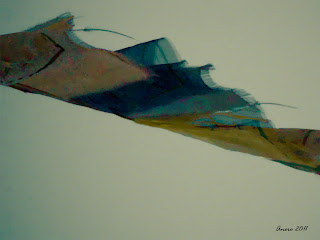 My breeze series was inspired by tibetan prayer flags. While 'breeze1' is a different view, the remaining three take variations of the same painted image. Varying background, brightness and adding color to complete the series.
Posted by Ann Rodriguez at 7:31 PM No comments: 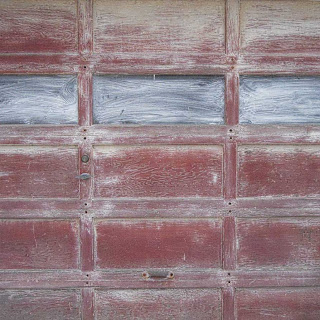 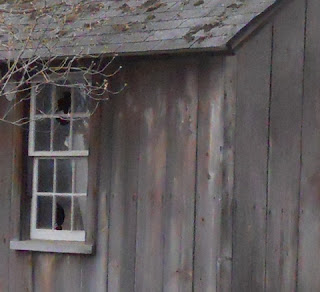 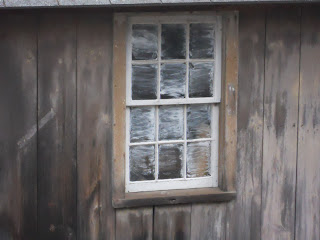 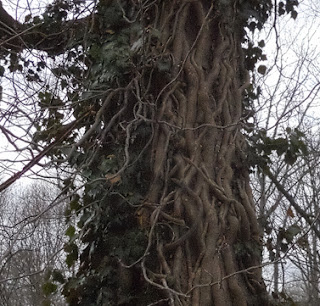 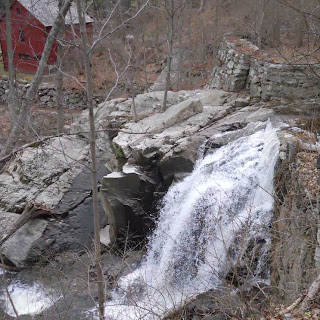 Muted light, muted colors, and a walk around Wilton on a chilly pre-Spring day...
Posted by Ann Rodriguez at 5:21 PM No comments:

A rainy day in the mountains of North Carolina. Headed up to the Lake James area then on to Blowing Rock, hoping for nice enough weather to hike around a bit and take some pics. Instead, rather robust rain, fog, and the higher we got, the settling of clouds over the area.

Sitting with my lovely daughter and nearly perfect husband at Canyons in Blowing Rock, enveloped in a cloud, photos were taken and provided the inspiration for this series.
Posted by Ann Rodriguez at 6:04 PM No comments: 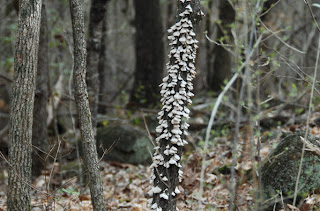 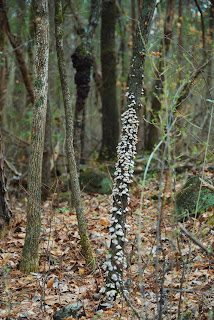 A beautiful February day - the last Sunday of the month and the temperature has exceeded 80 degrees... The sun is shining, a dog bounces excitedly at the prospect of a hike in the woods. Even boys are interested in walking along... all is right with the world, at this moment, with this lens...

Above the original shot, bright white fungus reflects the midday light, zoomed in, then cropped. To the right, the full size of the original shot, with a bit of color added to emphasize the mossy surroundings.
Posted by Ann Rodriguez at 7:59 PM No comments: